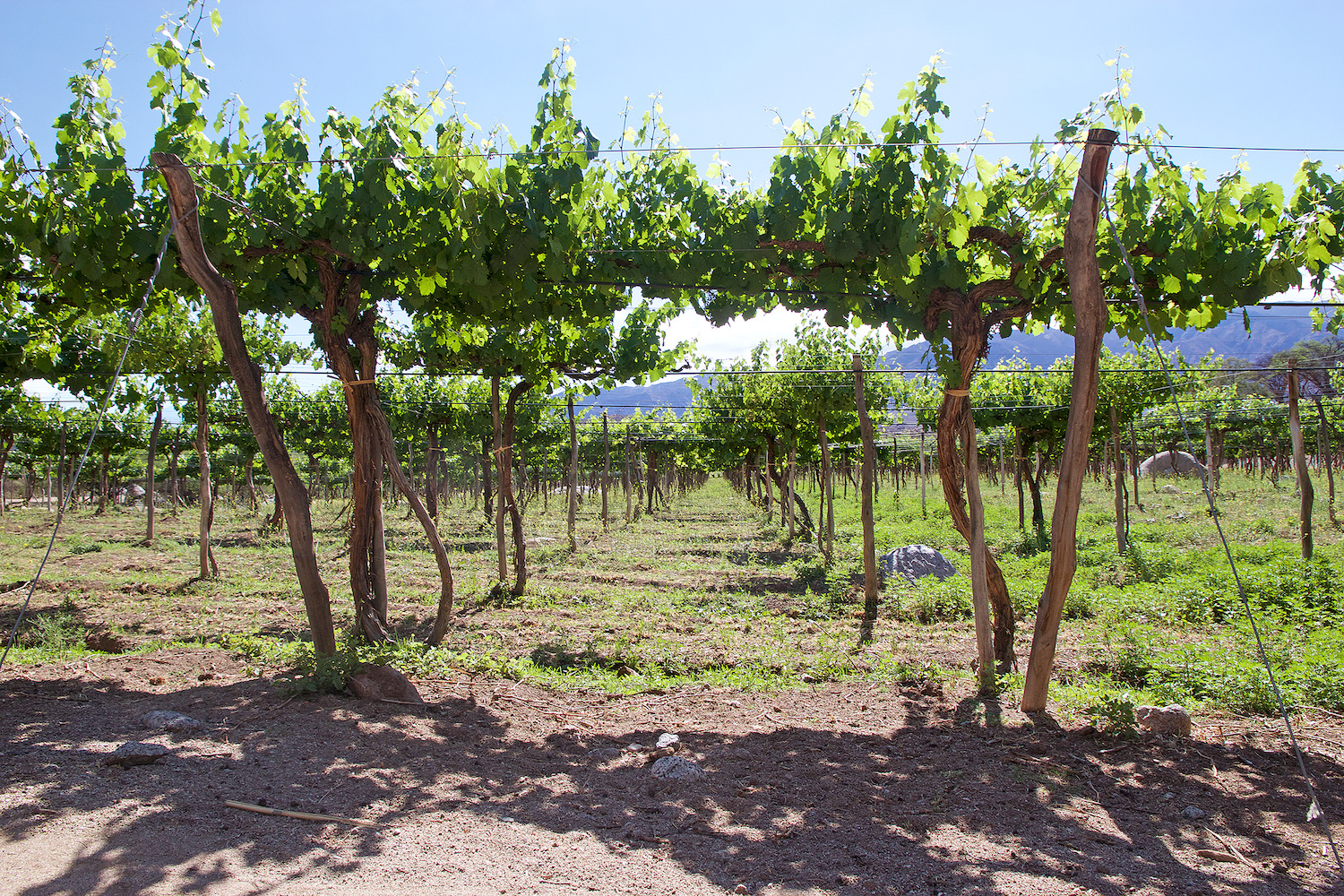 This month we are visiting our sister continent in the Southern Hemisphere to taste wines from Argentina, Chile, and beyond! Viticulture in South America is older than you might think, beginning as early as 1557 when vines were brought to South America by Spanish missionaries to make wine for religious purposes. The wine was mass produced from Mission grapes Pais and Criolla and was, well… not very good. It wasn’t until the late 1800’s when grapes such as Malbec, Cabernet Sauvignon and Carmenere arrived from France, launching South America to its place as one of the top wine producing countries in the world!

When phylloxera devastated Europe in the 19th century, waves of immigrants flooded to South America to practice viticulture, bringing grapes from France, Spain, Italy and Germany. A few of those varietals that were almost forgotten in their birthplace have become the superstars of their second home. In the 1980’s, European winemakers further invested in the future of South American winemaking by introducing stainless steel tanks and new oak barrels, as well as working to match grape varietals to the most ideal soils. This elevated the quality of South America’s already unbeatable bargain wines, but also helped to create world class, high end wines.

The climate and geography of Argentina and Chile are ideal for cultivating grapes. Located on either side of the Andes Mountains, the region is dry and arid. Many of the best vineyards are found at higher elevations with lots of sunshine and cool night temperatures, leading to ripe grapes that still retain good acidity and balance. The run-off of snow from the Andes is the perfect natural source of irrigation and the distinct geography makes it very stable and virtually pest free. Though they don’t yet have the same recognition and production as Argentina or Chile, Uruguay and Brazil are beginning to make their presence known in the international market, so keep an eye out for wines from these up-and-coming countries!

Chile:
Chile is the long, exceptionally narrow country that runs down the southwestern coast of South America. The northern regions, closer to the equator, are near the Atacama Desert and are extremely dry and warm, whereas the southern regions are affected by the Patagonia ice fields from Antarctica, creating a wide variety of climates and soil types throughout the country.

Red Bordeaux varietals (Cabernet Sauvignon, Merlot, Cabernet Franc) have been hugely successful, and whites such as Sauvignon Blanc and Chardonnay are showing a lot of promise, all with great price-to-quality ratio. But the red varietal Carmenere is now indisputably the country’s signature grape. It was all but forgotten in its French homeland – it only arrived in Chile accidentally, as it was believed to be Merlot originally planted in vineyards of Bordeaux. Chilean Carmenere wines tend to be medium-to-full-bodied with flavors of brambly red berries, green pepper, and dried herbs.

Argentina:
Located on the opposite side of the Andes from Chile, Argentina’s vineyards are in a rain shadow of the mountain range and benefit from the arid climate. The average altitude of vineyards is a whopping 3000 feet above sea level, and the difference in day and night temperatures is 37 degrees. The combined characteristics formulate an ideal climate for viticulture.

The importance of the Malbec grape cannot be overstated. Its surging popularity is the main reason for the dramatic increase in exports over the past two decades. To many, the first thing that comes to mind when thinking of Argentine wine is Malbec ( and vice versa). Another notable widely-planted red grape variety is Bonarda, which enjoys a deep, velvety texture and moderate acidity. Torrontés is their signature white grape which performs well in the higher altitude vineyards of Salta and Mendoza – and also makes an excellent porch pounder!

Uruguay and Brazil:
Uruguay is a distant third in terms of quality wine production, but they have been successful with another French export, the Tannat grape, though not at the same level as Carmenere in Chile or Malbec in Argentina (yet!). Brazil is the 3rd largest producer in South America, but the vast majority of Brazilian wine is consumed domestically – only in the past decade or so have wines form these countries started to be exported.